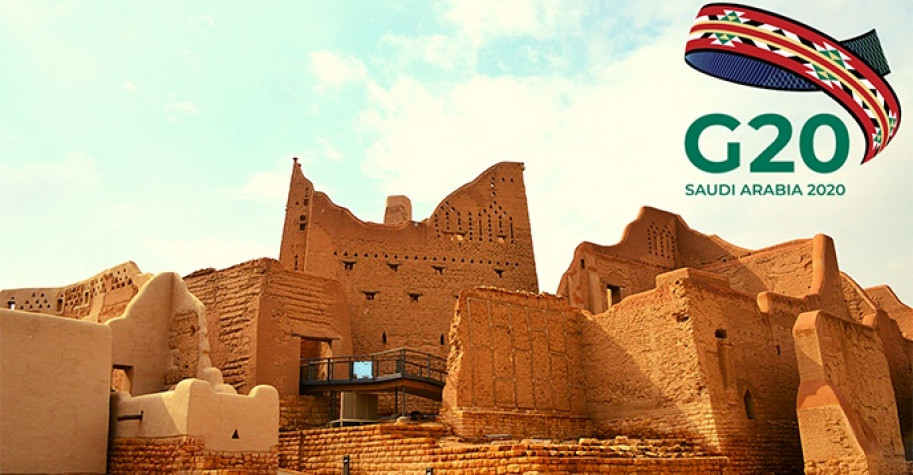 Ministers of Culture of the G20 came together on 4 November 2020 in a joint meeting on “The rise of the cultural economy: a new paradigm”, on the margins of the G20, hosted by the Kingdom of Saudi Arabia, the president of the G20 for the year, prior to G20 Leaders’ Summit on 21-22 November 2020.

This marked the first time that G20 policy discussions recognized the growing contribution of culture to the global economy. In a paradigm shift accelerated by the COVID-19 pandemic, the G20 acknowledged culture’s potential contribution across the public policy spectrum in forging more sustainable societies and economies.

In their meeting, the culture ministers examined the unprecedented challenges raised by the pandemic and enhanced public engagement on key development issues they required. For the first time in the history of the G20, culture was placed at the centre of discussion as a key component of economic and social recovery, pursuing the momentum of the Forum of Ministers of Culture UNESCO convened in November 2019.

The cultural sector is among the hardest hit by the health crisis. In most countries, the pandemic served as a reality check, exposing preexisting vulnerabilities, notably within the culture sector, but it also revealed the immense contribution of culture to the recovery of economies and societies. In an increasingly interdependent world, Ministers recalled the importance of culture for international dialogue, referring notably to cultural diplomacy as a bridge for understanding, as stated by Saudi Arabia, a core component of external relations, as underlined by China, but also an important pillar of economic stability, as recalled by the Russian Federation.

As cultural diversity is an intrinsic component of our societies, public policies should encompass our societies’ multilayered cultural identities and promote appreciation of, and respect for, cultural diversity and rights, including those of indigenous peoples, several countries, including Mexico and Australia declared. Many countries reiterated their commitment to the cultural conventions of UNESCO as tools to tackle growing threats to cultural heritage from conflict, climate change and illicit trafficking. Greening the cultural sector and harnessing its potential to foster climate adaptation were recognized as critical goals by several participants, including the European Union.

Adapting to the digital transformation – a preexisting trend which was accelerated by the COVID-19 pandemic – is a core priority for cultural policies. Most participating countries underlined the opportunities digital technologies have to offer, notably in terms of accessibility and innovation. Japan and the Republic of Korea also recognized the challenge of overcoming persistent inequalities in access to digital resources. Some countries such as Canada voiced strong commitment to reshaping their policies to protect online cultural diversity better and ensure fair remuneration for cultural works. Others, including Indonesia, emphasized the need to improve the digitization of cultural content to ensure more equitable access.

Economic models must be renewed and stabilized. In view of the devastating impact of the pandemic on employment in culture, several countries underlined the need for new economic models, notably for cultural tourism. Countries also urged stronger synergies between culture and education, to enable learners to develop new skills, become active citizens, and adapt to a fast-evolving labour market. These issues are expected to be at the core of the G20 Summit under the Presidency of Italy in 2021, when the global commitment to place culture at the core of the policy spectrum with a view to building back better is expected to be further reinforced.