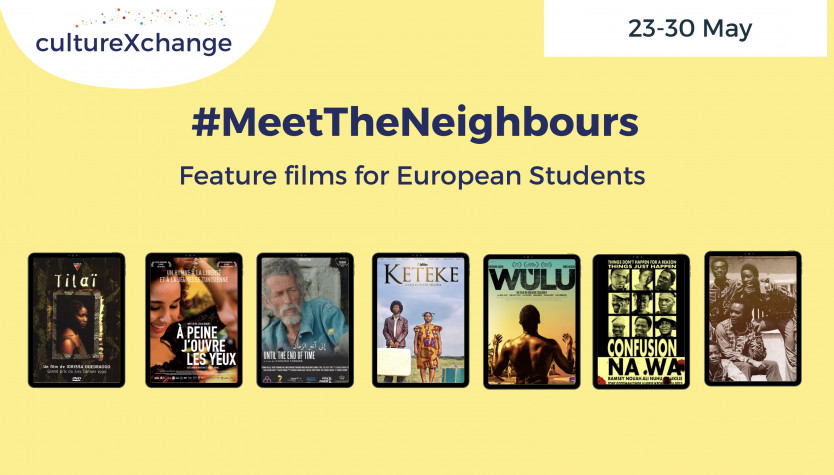 Discover the new selection of films for #MeetTheNeighbours ! 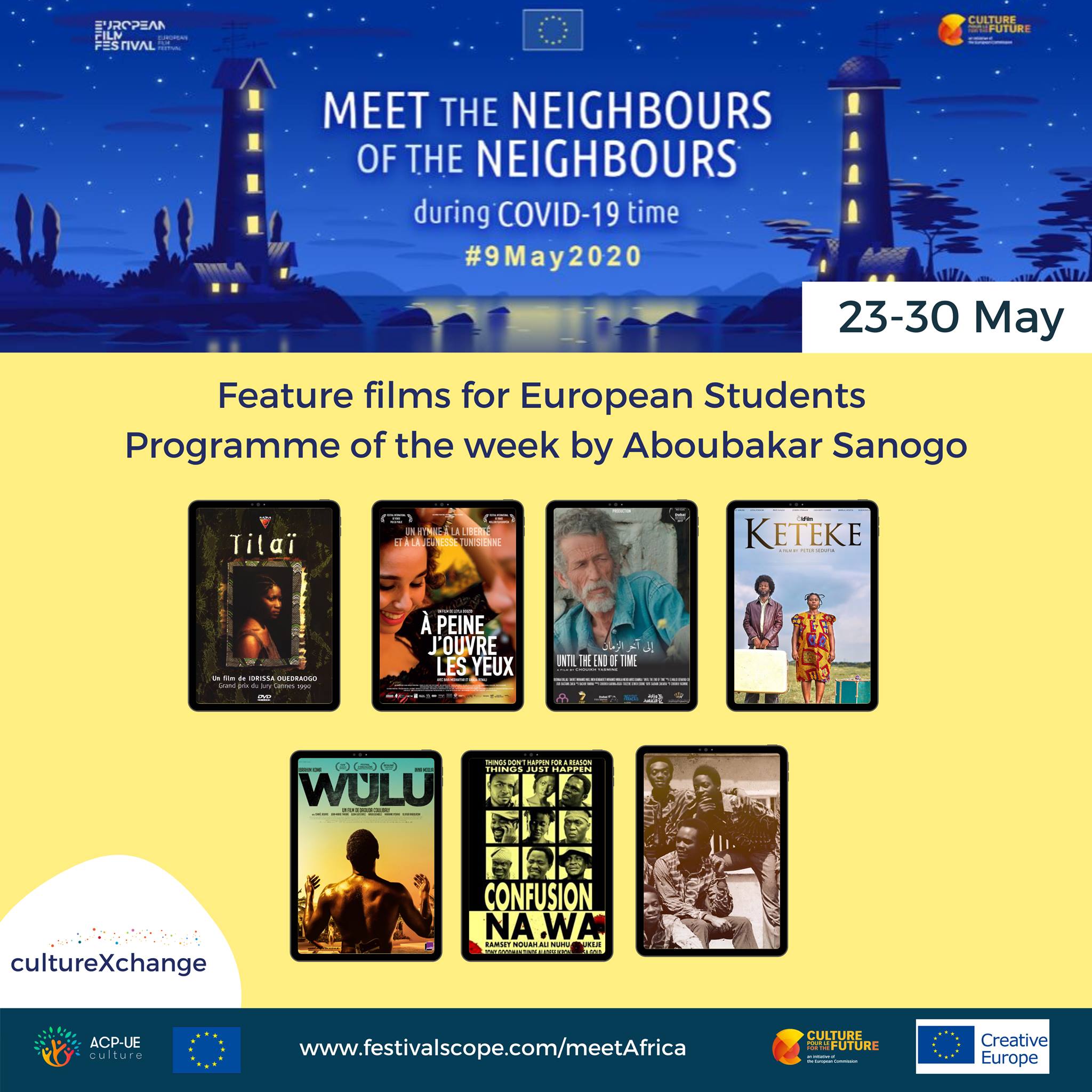 Aboubakar SANOGO, Professor of Film Studies of Carleton University, presents the programme of the week. 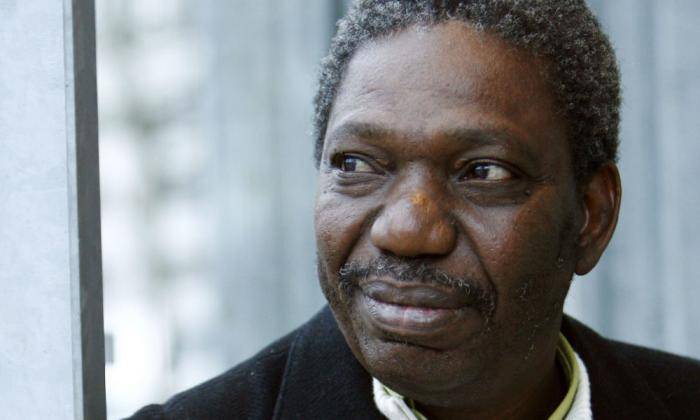 Sanogo is the founder of Carleton University’s World Cinema Forum and of the annual African Film Festival of Ottawa (AFFO). He is also the North American Regional Secretary for the Pan African Federation of Filmmakers (FEPACI), Africa’s most important filmmakers’ organization. In this capacity, Aboubakar Sanogo is currently working on the African Film Heritage Project (AFHP), a partnership between FEPACI, Martin Scorsese’s Film Foundation and the United Nations Educational, Scientific and Cultural Organization (UNESCO), which seeks to preserve and restore 50 African films of historical, cultural and artistic significance.(source https://carleton.ca/filmstudies/people/sanogo-aboubakar/)

Jusqu’à la fin des temps (Until the end of time

! Special program for   #AFRICA DAY  25th May   on  festivalscope.com/meetAfrica 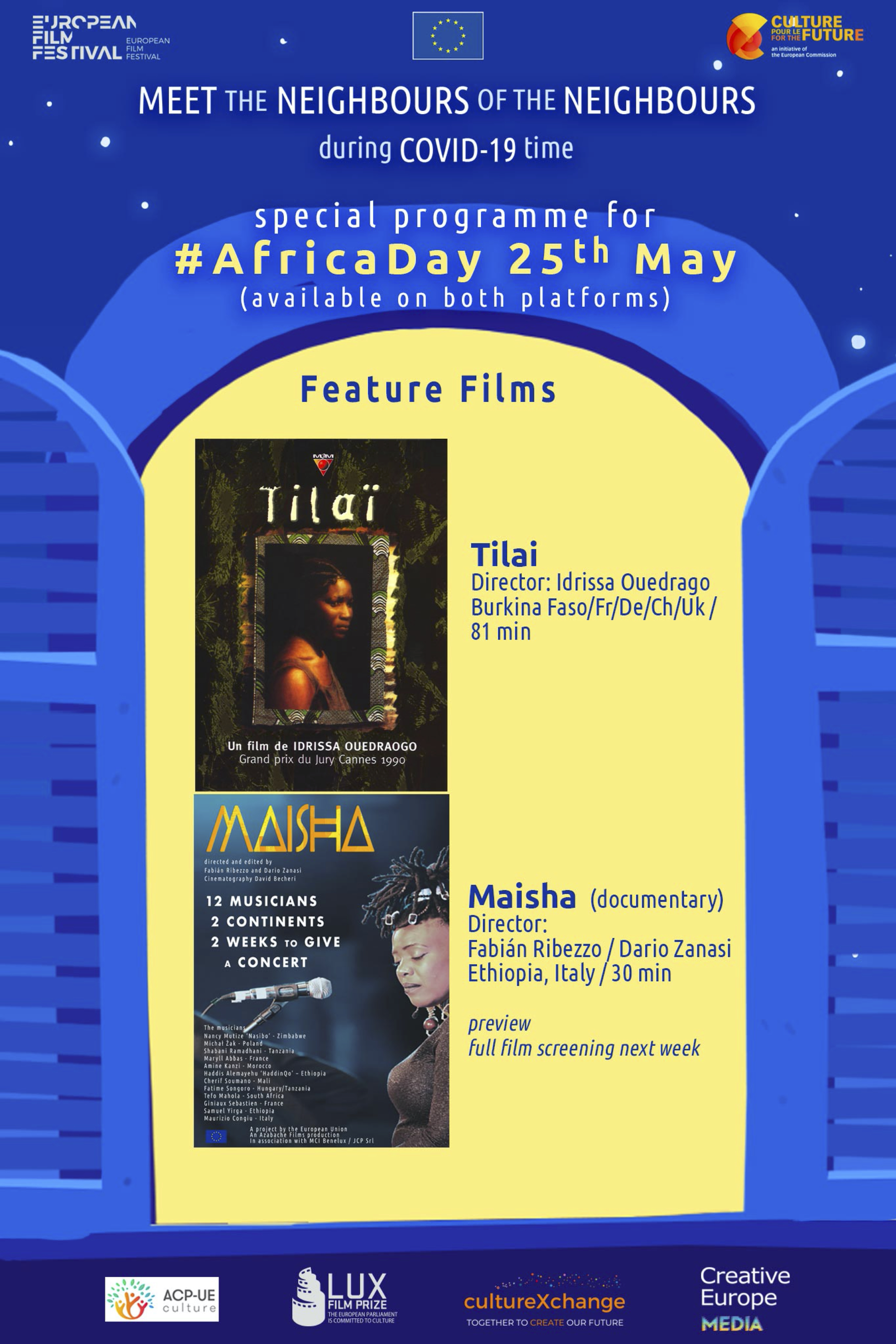 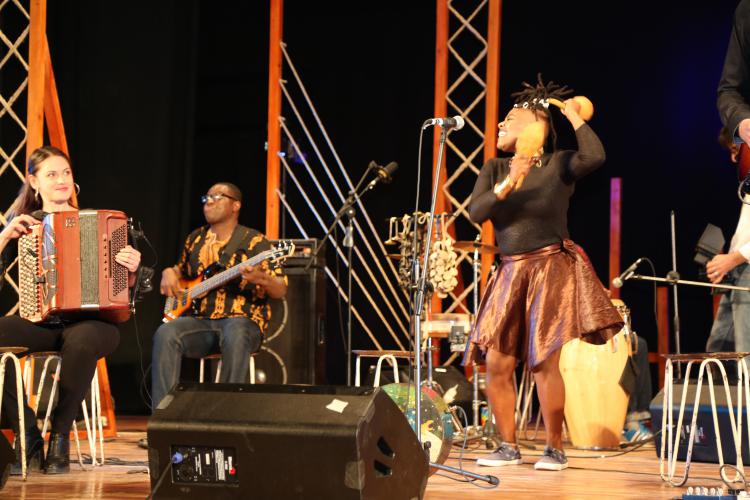 The musicians who took part in MAISHA, representing 10 different nationalities from Africa & Europe, were carefully selected after an open call to which over 300 musicians had applied. During the two weeks of the residency (April 25 – May 9), they co-created music, gave workshops at local music schools and recorded a 12-track album. As part of the MAISHA project, and thanks to partnerships with the European Investment Bank, The Netherlands and Sweden, the Ethiopian National Theatre was itself partially refurbished.

The information on this site is subject to: disclaimer, privacy statement, moderation chart and user conditions. © European Union, 2019